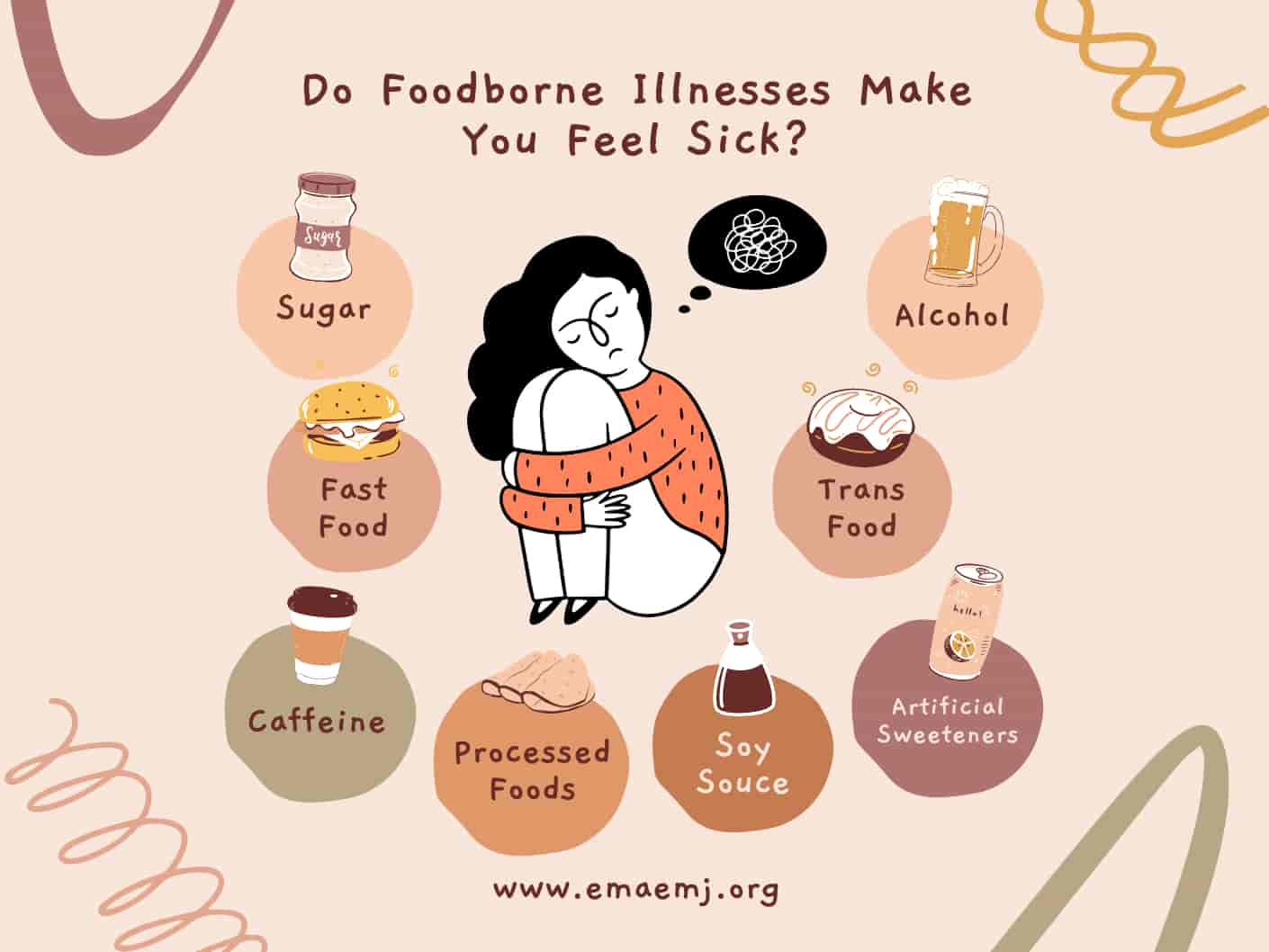 The best way to protect you from Foodborne illness is to educate yourself and make food safety a priority.

Foodborne illness is a serious concern in the United States. Approximately 48 million people get sick each year from consuming contaminated food with harmful bacteria, viruses, parasites, or toxins. Also known as “food poisoning,” foodborne illness is one of the most common health concerns in the country. If you feel sick after eating out or after handling uncooked food, you may have been exposed to one of these pathogens: Salmonella, E.coli, and Listeria. Adequate food safety practices lead to less foodborne illness.

What are foodborne illness?

Foodborne illness is a common term that refers to the illness caused by eating contaminated food or water. Foods can become infected by bacteria, viruses, and parasites that may come from the food itself or from contact with people who handle the food.

Toxins in foods also make people sick. For example, poisonous mushrooms can damage your liver, kidneys, or brain if you eat them!

Here are some things that can contaminate food:

Who is at risk and why?

Anyone can get a foodborne illness if they eat contaminated food. However, people who are at higher risk include:

What foods do foodborne illnesses come from?

Foodborne illnesses do not come from the food itself. They come from microorganisms living in your food.

Pathogens can be found in the soil, water, air, and on our hands, animals, fish, and shellfish that we get from the environment. Once pathogens get onto our food, they grow and multiply quickly at room temperature because it’s warm inside our homes. But cooking kills them on contact! So it’s important to follow safe food-handling practices every time you prepare your family’s meals to kill any potential pathogens before they reach your stomach.

Related: How Can Pathogens Grow Well Between Which Temperatures?

What are the symptoms of foodborne illness?

Symptoms of food poisoning can vary by the type of bacteria or virus causing the illness. The symptoms may be mild, with just a few hours of nausea and vomiting, or they can progress to more severe cases that require hospitalization.

Symptoms may begin immediately after eating contaminated food or appear several days later. The number of people with symptoms of food poisoning varies, but usually, only 1 percent to 3 percent of consumers exposed to contaminated food will develop symptoms.

How to prevent foodborne illness

Foodborne illness is one of the most common reasons for hospitalization in the United States. More than 5,000 people die each year from foodborne diseases.

Tens of millions more suffer from foodborne illness but don’t need to visit a doctor or hospital.

The good news is that it’s easy to prevent foodborne illness by using safe food-handling practices at home:

Wash hands, utensils, and surfaces often — especially after handling raw meat, seafood or poultry. This includes countertops, cutting boards, and knives. Wash your hands with warm water and soap for at least 20 seconds before and after handling food. Keep raw meat, seafood, and poultry away from other foods while shopping, storing, or preparing them.

Cook food thoroughly to kill harmful bacteria. Use a food thermometer if you don’t know how long to cook it.

Refrigerate leftovers promptly. Place hot foods in shallow containers to cool faster and don’t drip onto other foods. Store foods properly in the refrigerator or freezer; keep foods below cooked fillings such as tuna salad and egg salad.

If you think that only people with poor hygiene and sanitation habits get sick from food, think again. Anyone can contract food poisoning, and the food itself doesn’t have to look spoiled or have an off smell to make you sick. Many forms of foodborne illness have no visible symptoms at all. That said, the best strategy to avoid food poisoning at home is to practice proper storage and refrigeration techniques—and keep your kitchen clean. That’s a small price to pay for the potential cost of a full-blown case of food poisoning!

How to Know if You Have Food Poisoning

10 Tips for Stay Fit When You Have a Busy Schedule

5 Tips to Help You Eat in a Calorie Deficit

What Is Eggplant Protein? 5 Ways It Can Benefit Your Health:

Which of the Following Food Products is most likely to Cause Foodborne Illness? – Ema Emj July 27, 2022 at 2:26 am

[…] Foodborne illness is the most common infectious disease in the United States, with a reported 48 million cases annually. According to the Centers for Disease Control and Prevention (CDC), foodborne illnesses are responsible for an estimated 3.1 million illnesses, 325,000 hospitalizations, and 5,000 deaths yearly. They are also the leading cause of death among people ages 1-44. […]

Log in to Reply
What Internal Temperature Must Poultry Reach to Kill Salmonella Bacteria – Ema Emj August 6, 2022 at 11:49 pm

[…] people are familiar with the foodborne illness caused by consuming raw eggs, but what about chicken paste? Poultry is often the cause of an […]